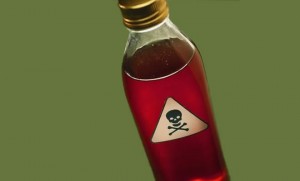 A US woman was sentenced to 15 years in prison on Tuesday for accidentally poisoning her son.

Jill Goff, 33, was given the maximum amount of time in prison though attorneys on the case asked for the judge to be more lenient with her sentence, according to the NY Daily News.

In January, Goff reportedly gave liquid methadone to her son by accident when she filled his sippy cup from a Gatorade bottle she kept beside her bed. Until her 2-year-old sEon Aiden became sick, she did not remember that the bottle had contained her prescription for methadone.

After Aiden vomited from the drink, she put him to bed for a nap, but he died in his sleep.

Two other children were also hospitalized because of the liquid methadone in the cup.

The children were ages 5 and 8.

He did not seek a prison sentence for the mother.