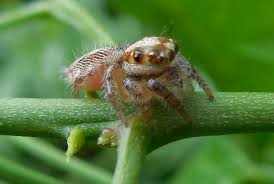 Whatever happened to throwing a shoe at it?

A woman in Wales tried to kill a spider by spraying it with aerosol and then lighting it. And if a flaming arachnid sounds like a dangerous thing to have in your home, well, it is.

The blaze quickly spread, and the spider fire became a house fire.

The encounter led to what has to be some of the more unusual tweets from emergency services, like this one from South Wales fire official Jennie Griffiths.

Maybe that seems like obvious advice. But amazingly, this keeps happening.

In July, a West Seattle man tried to kill a spider in his laundry room by using a lighter and a can of spray paint to create a makeshift flamethrower. The confrontation did not end well.

In June, a woman in Kansas also had a really bad idea for killing a spider.

And in 2012, a California homeowner using a blowtorch to clear cobwebs in his backyard did $25,000 in damage to his house when things got out of hand.