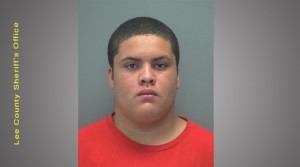 Some children these days have absolutely no appreciation for their mothers. People nowadays are lovers of themselves, lovers of money, boastful, arrogant, revilers, disobedient to parents, ungrateful, unloving, lovers of pleasure rather than lovers of family.

Investigators in Fort Myers, Florida are still working on a horrific case of murder involving a chopped up mother and her son. According to the Lee County Sheriff’s Office, 15-year-old Tyrese Landrum has been charged with the brutal murder of his very own mother.

Investigators were in complete shock after finding out that Tyrese Landrum not only murdered his mother, 42-year-old Tamara Davis, but he also chopped her body into multiple pieces and scattered them around their home in Florida. According to a press release, a missing person report was filed for Tamara on the 24th of August, but investigators never found out who filed that report.

WFLA News said, authorities were called to the house on Sunday after receiving complaints of a strong deadly odor in the neighborhood. A few moments later deputies discovered pieces of Tamara’s body. According to News Press, the smell of death was in the air of the home for over two weeks!

“Neighbors who talked to WBBH in Fort Myers say detectives believe Landrum allegedly dismembered his mother’s body and hid some of her body parts in a vent and underneath the mobile home. Crews with hazmat suits were around the home removing the body Sunday, according to neighbors,” the WFLA report continued.

WFLA News said investigators are puzzled as to how Tamara’s boyfriend, who also was a resident at the home, didn’t notice anything was wrong. How didn’t he smell the deadly odor? The smell was apparently so terrible, sources say Turkey Buzzards were surrounding the area as well.

According to recent reports, Tyrese Landrum is scheduled to appear in court on November 13, 2014. Tyrese Landrum’s public defender told the judge they will be filing a motion to fight the sufficiency of the case in the next 15 days.