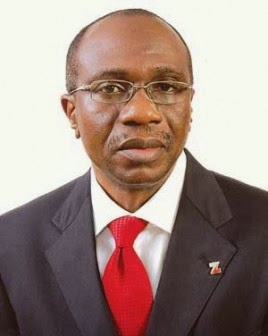 The Governor of the Central Bank Governor (CBN), Mr Godwin Emefiele, has said that the 2015 General Elections would not deplete the fortunes and reserves of the country.

Emefiele gave the assurance on Wednesday in New York, at the Africa Business Summit, a high level international forum on Africa’s investment climate and market with the theme “Africa is Rising, There Are Challenges, Still We Rise”.

He said that the nation’s economy was currently doing well and the 2015 elections would not let it take a downturn.

He further said that Nigeria currently had a reserve of about 41 billion dollars, “which is the highest in Africa”.

The CBN governor said though people were predicting a drop in crude prices and revenues, with 41 billion dollars reserve supporting imports and production for the next seven to eight months, “Nigeria’s economy is doing very well and 2015 will not be different.

“People are generally expecting crude prices to drop and maybe there will be reduction in production and crude prices will fall”.

He allayed the fears of investors in the stability of the economy, stressing that the country’s GDP was consistently moving up.

Emefiele said “Nigeria’s foreign exchange reserves fell 18 per cent year-on-year, although it climbed 3.8 per cent in July to 38.49 billion dollars.

“Investors became nervous after the suspension of former Central Bank Governor, Lamido Sanusi in February, and ahead of presidential elections in February 2015 but I assure you we are in a comfortable position”.

Mr Olusegun Aganga, the Minister of Industry, Trade and Investment, who spoke at the event, said that the summit, which was a Private Public Partnership, was meant to educate and attract investors.

“This platform provides a level of advocacy for Nigeria’s economic image”, he added.

The Minister of Aviation, Mr Osita Chidoka, told the audience that there was currently a 73 per cent potential for aeronautical investment in the country. (NAN)