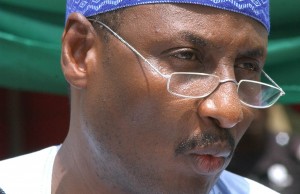 In its bid to present a united front and ensure that all aggrieved and estranged party members are pacified ahead of the 2015 general elections, the national leadership of Peoples Democratic Party yesterday inaugurated the National Integration Committee.

However, some governors of the party who were members of the committee that include governors of Gombe, Plateau, Bauchi, Jigawa, Benue, Niger, Enugu, Ebonyi and Abia States, were absent at the inauguration, which held at the national secretariat of PDP in Abuja.

Addressing members of the committee at its formal inauguration, the PDP national chairman, Alhaji Adamu Mu’azu said the move was aimed at refocussing the party.

He listed the term of reference for the committee as follows: “To reach out to all estranged members of the party and resolve issues affecting them; work out a harmonious re-union between subsisting members and new or estranged members in a synergic engagement”.

Others are: “Mobilise new members to join the party as well as obtain the buy-in and commitment of old members to become advocates of the party’s vision”.

It was learnt that the committee is expected to look into the no-love lost relationship existing between incumbent governors and their predecessors, which in most PDP controlled states, has broken down completely.