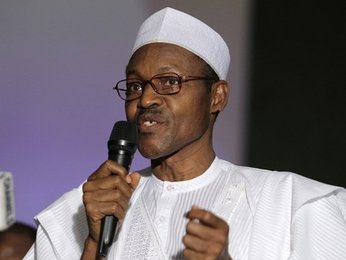 The next five months before the 2015 general elections will be tough, says a former Head of State and chieftain of the All Progressive Congress (APC), Gen. Muhammadu Buhari (rtd).

Buhari, while delivering his address today in Lokoja, Kogi State, where the leadership of the party received thousands of PDP members who defected to the APC, said what the main opposition party offers is an irresistible offer every reasonable Nigerian should embrace.

According to Buhari, the party will not rest or sleep in the five months leading to the 2015 general elections, even as he urged party members and supporters to stand tall, firm and strong in the face of whatever form of intimidation they might be faced with.

“The next five months, there will be no sleep, no rest until we occupy Aso Rock. Next year will be tougher, but we are determined to bring Nigeria back on course.  For those that just joined us, we say thank you. But in spite of the enthusiasm, let us not forget the fundamental issue of restoring our nation back to winning ways”, he said.

In his remark, former Vice President Atiku Abubakar, who is set to formally declare his presidential ambition on the platform of APC today in Abuja, urged the party members to guard their votes jealously, while ensuring they vote for people that will make them proud.

“During the coming elections, make sure you protect your votes because we will win, we will change Jonathan and change Nigeria for better”, he stated.