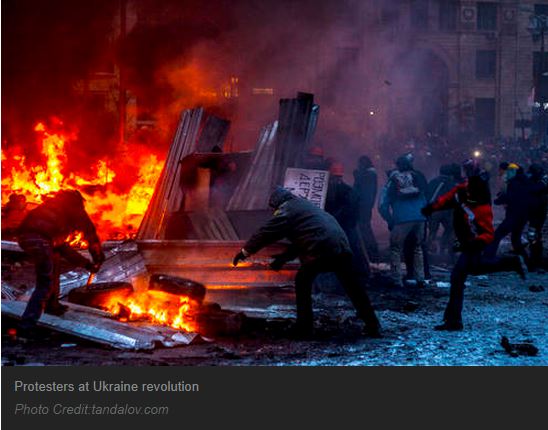 The Nigerian Ministry of Foreign Affairs revealed Thursday that at least 350 Nigerian students are currently trapped in Ukraine’s crisis-torn regions of Donetsk and Lugansk.

In efforts to secure and assure the safety of the students, the Ukrainian Ministry of Education and Science has requested all Nigerian students undergoing courses in higher education institutions in the two danger zones should “urgently forward their names, passport numbers, name of their institutions, courses, year of study and alternative universities within Ukraine to either the Ministry of Foreign Affairs, East and Central European affairs division, Abuja or Nigerian embassy in Kiev.”

“Such required details would enable the Ukrainian Ministry of Education and Science to transfer the students to universities in safer central and western regions of the country to continue their studies,” it said, adding that the directive became necessary following heavy fighting between the Ukrainian military and separatists in the Donetsk and Lugansk regions, and with the 2014/2015 academic session having commenced on 1st September 2014.

The ministry also estimated that 2,000 Nigerian students were studying in various higher education institutions of the two regions as of the last academic year, out of which about 1,650 had returned either to Nigeria or had moved to safer places at the end of the just-closed academic session.

“The remaining 350 Nigerian students were trapped in the two troubled regions of Ukraine,” it said, urging the Nigerian Ministry of Foreign Affairs and parents and guardians whose children and wards were studying in the two crisis regions of Ukraine to take urgent steps to get the information across to them for “appropriate action”.