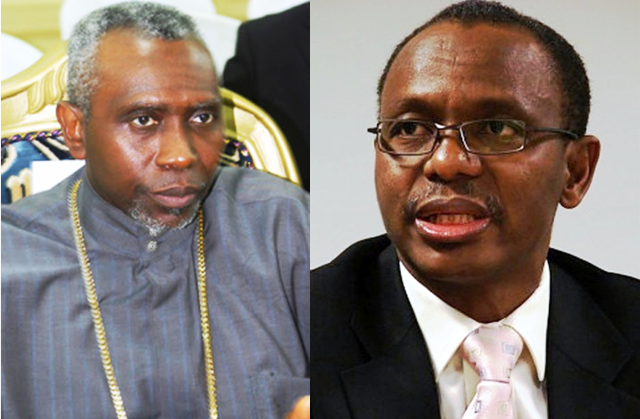 Some youths in Kaduna State on Sunday berated a former Minister of the Federal Capital Territory and All Progressives Congress, APC, gubernatorial aspirant, Malam Nasir el-Rufai, for disparaging the National President of Christian Association of Nigeria, Pastor Ayo Oritsejafor, over the latter’s alleged involvement in the $9.3m cash, which was smuggled to South Africa.

Two Nigerians and an Israeli were arrested for failing to declare the money when their private jet, allegedly owned by the CAN President, flew into an airport in South Africa.

The money was said to be meant for the procurement of arms for intelligence agencies in Nigeria.

The money, valued at about R102m, was frozen by the South African authorities while the aircraft which was initially seized, has been released following the purported intervention of the Nigerian government. Ever since, controversies have continued to trail the smuggled money, with fingers allegedly pointing at the CAN president as a sponsor of terrorism and money launderer.

However, the youths, under the aegis of the Kaduna Patriotic Youths for Development, condemned the former FCT minister over a comment they claimed disparaged the personality of Oritsejafor.

The youths, in a statement made available to newsmen in Kaduna on Sunday by the National Coordinator, Mr. Danladi Husseini-Abubakar, and the General Secretary, Ishaku Irimiya, respectively, said the attack on the CAN leader was an attack on all Christians as well as the Church of God, which must not be treated with levity.

According to the statement, El-Rufai’s audacity for calling the CAN leader ‘irresponsible’ was a reminder of his tyrannical reign as the FCT minister under the administration of ex-President Olusegun Obasanjo.

They, therefore, called on the former minister to retract the negative statement and tender apology to the ‘man of God’.

The statement said, “It is unfortunate that the former minister has remained consistent in his quest to smear the CAN President and indeed the Church of God. This is not the first time El-Rufa’i has deployed his verbal venom and obvious deep hate for the CAN leader and indeed the organisation and community he leads.

“We view el-Rufa’i’s penchant for using abusive and berating statements against CAN leadership as a crass display of arrogance and disrespect for the entire Christian community in Nigeria, which Pastor Oritsejafor leads.

“The former minister is known for his disrespect for elders and leaders at all levels in this country. Little wonder he has no one to guide his actions which are becoming inimical to the credibility of his own personality as an accidental elite.

“Nigerians will never forget how el-Rufai flouted court injunctions to indiscriminately demolish homes while rendering thousands of families homeless, including the highly respected late Justice Bashir Sambo, whom he threw out of his home in the middle of a storm”.

The group also urged the people of the state to be wary of the former minister’s plot to contest the 2015 governorship election in the state on the platform of APC.

“Kaduna people must be wary of this accidental politician, who has no respect for human dignity. We have fear for the people and we want them to reject el-Rufa’i and halt his inordinate political ambition even before the primary election of his party. It is clear that his arrogance has not left him and he certainly plans to unleash another regime of tyranny on the people”, it said.