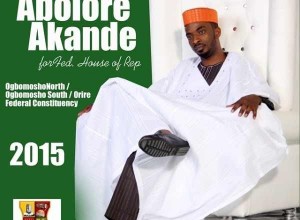 With all the hype surrounding entertainers going into politics, some of them have come forward to defend their choices.

Earlier this year, I reported on how Nigerian music star 9ice is planning to run for political office in 2015 for a seat in House of Representatives, representing the Ogbomoso North Constituency in the National Assembly.

In a recent interview with The Sun, he revealed that he plans to quit music for politics for a variety of reasons, including the fact that he is turning 35 next year, and he doesn’t want to still be doing music at that age.

He also cites his passion for “being his brother’s keeper” as another reason why he is interested in politics.

Here are excerpts from the interview:

On why he is quitting music for politics

Yes, I want to leave music for politics. Next year January, I will be 35-years-old and I’m not praying to still be in music at that age. I am serious about politics now. If you listen to my music, you would notice that politics has been part of me; it’s in my blood. When I started initially, I talked about being your brother’s keeper, and that’s why I studied Law at Lagos State University before I dropped out to concentrate on my music career. I hate when things go wrong. When two or three people are having issues, I love to get there to settle their differences. I have passion for politics and it has always been in my blood.

Hmmm, if it is because of what I want to eat, so be it. Thank God I can drink my garri in the afternoon and eat beans at night without any stress. I can even drive my car to wherever I want to go. I can go to my friends’ houses to watch DStv, even if I don’t have it in my house, glory be to God. 1 Kings 19:7 says: ‘and the angel of the Lord came again the second time, and touched him, and said, arise and eat; because the journey is too great for thee’. I don’t allow anything or anybody that might want to distract me in my journey, because the journey is too far. It’s not about what I want to eat but what I want to contribute to the development of my people.