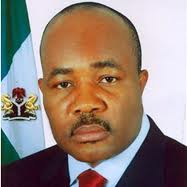 The Akwa Ibom State government has described as baseless and outrageous, reports that the state is broke.

The Commissioner for Finance, Mr. Akan Okon, in an interview with newsmen in Uyo, the state capital yesterday, said: “Such misinformation is capable of undermining the efforts of the present administration which has demonstrated transparency and accountability in the management of resources”.

Okon said it was wrong to peddle such rumour, as the state has not failed in its financial responsibilities to the people.

On the purported N135 billion federal allocation collected by the state between January and June, the finance commissioner said the amount was a far cry from the over N400 billion appropriated in the 2014 budget for the actualisation of key projects.