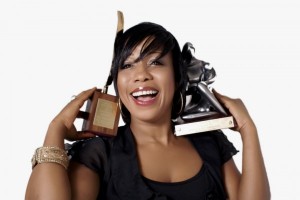 Apparently, there seem to be more entertainers going into politics than there are real talented singers in the country.

Kenny Saint Brown aka KSB, has become the latest Nigerian entertainer to delve into politics.

KSB declared her intention to contest for a seat in Lagos State House Of Assembly come 2015 and she has finally unveiled her party which she has kept away from many to be APC.

9ice last week also unveiled his party to be APC has well.

See her campaign banner below: –