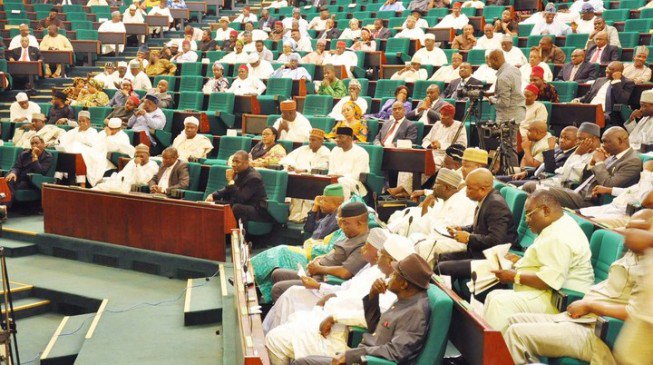 Members of the All Progressives Congress, APC, in the House of Representatives on Tuesday walked out on the chambers following a stalled debate on the controversial 9.3 million dollars seized by the South African Government.

The opposition lawmakers staged the walkout after a motion to discuss the matter was opposed and defeated by voice vote.

A private jet, with three Nigerians and an Israeli, ‎allegedly conveyed the money allegedly for the purchase of arms and ammunition in South Africa.

The bid by members to debate the motion failed after a voice vote called by the presiding Deputy Speaker, Emeka Ihedioha.

Samson Osagie, the House Minority Whip, on behalf of APC members, queried the smuggling of the money to South Africa.

“Does it amount to offence of money laundering under our laws for the Federal Government to have allowed that company to attempt to pay for the equipment by cash to the tune of that amount without passing through financial institutions?

“For us as a people and for us lawmakers, we find this unacceptable in our view”.

He said Nigerians deserved explanation on the source of the money and the purpose for which it was smuggled abroad.