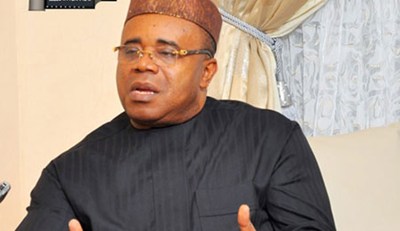 Umana, in a statement in Uyo, the state capital, on Saturday, said the co-chair of the committee on Resource Control at the just concluded National Conference has lived up to his true billing and status as father of all Akwa Ibom indigenes.

He described Attah’s call for a level- playing field for all the gubernatorial aspirants, irrespective of their senatorial districts, as a further demonstration of his true statesmanship.

The former SSG described the former governor’s declaration during a reception for him at Asan Ibibio that zoning is not the way forward for Akwa Ibom, as praiseworthy.

In a speech that drew applause at Asan Ibibio, the cradle of Ibibio civilization at the weekend, Attah said: “As I looked around, I see a number of faces here of people I know are aspiring to the office of governor of this state.

“A large number of those aspirants are from Eket Senatorial District. This should be expected because of the sequential logic that after Uyo and Ikot Ekpene, it should be Eket.

“But there must be a level playing field for all aspirants. This is particularly true at this time when there is such a crying need to give hope back to our people: to restore their confidence in their government and to rebuild the state”.

He added: “Zoning will certainly be a major consideration but at a time like this certain other compelling determinants cannot be sacrificed on the altar of zoning alone”.

The statement, according to Umana, was consistent with the position of the national leadership of the PDP and the demand of majority of Akwa Ibom indigenes at the PDP elders and stakeholders’ town hall meeting on April 15 in Uyo.