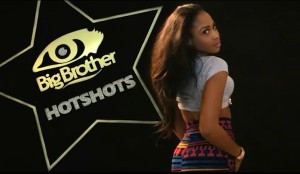 I guess this reprot would answer some of the questions Nigerians were asking about the upcoming Big Brother reality show.

The fair skinned model, actress and presenter is named Lilian and would prefer she is called Sexy Lily (stereotype).

The young woman said she entered Big Brother Hotshots for ‘the platform it provides and the publicity that comes with it, and the money.’

She’s not willing to sell herself short to win the grand prize. If she does win, she’ll invest in her talk show, which is about ‘helping upcoming talents’ and buy herself a house.

Sexy Lily prefers chilling with boys and says fellow housemates would like her because she’s very friendly and knows how to make people happy although she also says she can be very annoying too.

Her favorite meals are rice and plantain and she likes watching Baggage on TV as well as listening to 2Face Idibia.

In terms of books, she is short on that aspect as she doesn’t have a favourite book but likes movies like Think Like A Man, Blended, Friends With Benefits, Bridesmaids and Twelve Years A Slave. Her favorite actor is Angelina Jolie, because ‘she’s creative and can switch between roles’.

Her favorite place in Nigeria is Lagos, and she says the best thing about Africa is its cultural diversity. Outside her home country, she’d like to visit California for the opportunities she believes it would provide her to improve her career and Lilian’s role model is Oprah Winfrey, because of her strength, and the person who has most influenced her life is her mother, ‘because she has always believed in me and encouraged me to follow my dreams’.

She describes herself as ‘spontaneous, easy-going, focused and confident’ and says her best assets are that she’s ambitious, a good listener, flexible, persuasive, competitive, independent and original.