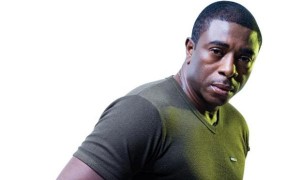 I just reported minutes ago that Kenny Saint Brown has joined politics on the APC and unveiled her banner, now it’s Bob Manuel’s turn.

The actor also defends his fellow entertainers who have gone into politics.

Udokwu, a former host of the Gulder Ultimate Search, is currently a Special Adviser to Anambra State Governor, Willie Obiano, on Nollywood and Entertainment, disclosed this to Encomium magazine.

According to him, his interest in representing Idemili North Constituency at the Anambra State House of Assembly in the 2015 elections will be on the banner of the All Progressive Grand Alliance (APGA).

He stated that his interest is to reach the grassroots meaningfully and further defended his colleagues who had declared their intention before him. ‘People ask that a lot. Why are people raising eyebrow on it. A lot of people from other sectors have also gone into politics. There shouldn’t be an exception. In the US, a lot of entertainers are into politics. Why are journalists always asking this question? We are often called political actors. I don’t see anything wrong in entertainers going into politics. I am proud I put Nigeria on the world map as an actor. There is nothing bad in it if I do that in politics as well,” he said.

Udokwu joins Kate Henshaw and Desmond Elliot as Nollywood practitioners who have publicly declared their interest.

Other entertainers who are running for office include Kenny Saint Best, 9ice and Julius Agwu….