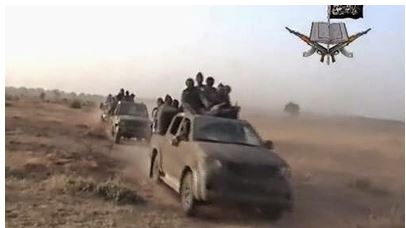 Boko Haram militants this morning September 1st launched an attack on Bama, the largest city in Borno state with the aim of taking over the town. According to reports, the sect men arrived the town and started shooting mortars, RPGs and hurling grenades but they were fiercely resisted by Nigerian troops stationed in the village. According to Sahara Reporters, a fierce battle is currently going on there between the sect men and Nigerian troops.The Emir of Bama and many of the residents have fled the city to the state capital, Maiduguri, to avoid being caught up in the crossfire. Bama is a very strategic city in Borno state with a lot of military hardware and it is believed that if the sect men capture Bama, it will be very easy for them to move into the state capital, Maiduguri.