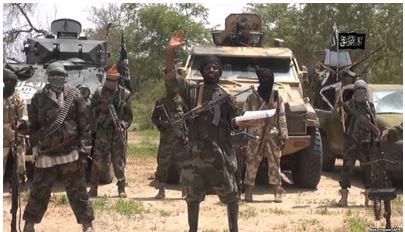 Heavily armed Boko Haram men have reportedly taken over Michika, one of the key towns in Adama state. According to Sahara Reporters, the sect men arrived the town today September 7th, chased out Nigerian troops and hoisted their flag in the town. This is coming three days after the militants seized Gulak town.Residents in the town say the Nigerian military flew over the area but did not attack the sect men.

Soldiers from the 23 Brigade in Yola, Adamawa state, are said to have been mobilized to prevent the sect men from taking over Mubi, a key city which is some kilometers away from Michika.