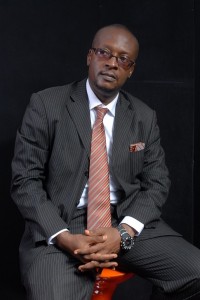 He has come under a lot of criticism of late and I bet he feels he needs to defend himself.

Charles Novia is one of the most respected producers in the Nollywood scene and has always come out to criticize movies, songs, music videos and the celebrities.

The well known Nollywood producer/director Charles Osa Igbinovia, has revealed the reasons behind his criticism of Nollywood movies.

Recently chatting with Premium Times at the ongoing Abuja International Film Festival for the première of ‘Invasion 1897’, The ‘Missing Angel’ film-maker had this to say:  ‘I’m a filmmaker and then I’m a critic but it is good for one within the system to be a critic. We need to be speaking for ourselves and for my colleagues in the system to realise that I’m one who speaks from the heart and says things the way they are.  They (should) not feel bad about it. They (should) know that I’m one who speaks from an objective point of view.  It means that one is appreciated. I think there are more of the critics in Nollywood like me but they don’t have the liver…to come out.’