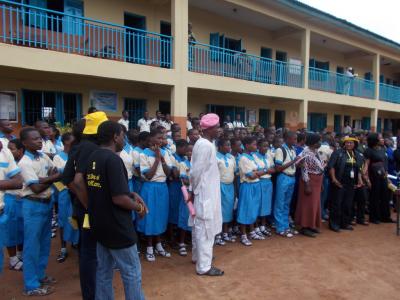 The Federal Government and the Nigeria Medical Association (NMA) have harmonised positions on the September 22 resumption date for schools yesterday.

NMA said the date set for the resumption of schools by the Federal Government was acceptable and that pupils should resume in order not to feed into what it termed “the fear monster in the country”.

The association, toeing the position of the government at a stakeholders’ meeting with the House of Representatives Committee on Education, however, listed six provisions to be followed to make the country safe.

NMA President, Dr. Kayode Obembe said the association had a rethink following the condition it gave the Federal Government, which includes maintaining the “highest level of vigilance” at the entry points, resuscitate infectious disease hospitals in states and ensure comprehensive screening of travelers.

The association also said international port health services should be put in the highest level of vigilance and preparedness to screen immigrants for fever.

“Recent travelers to the provinces of the endemic countries of the Ebola disease- namely Guinea, Liberia, Sierra Leone, Ivory Coast, Democratic Republic of Congo, Uganda, Sudan and Gabon-must be scrutinised for the presence of the virus and epidemiologically- treated”, it added.

It would be recalled that NMA had opposed the Sept. 22 resumption date, insisting that schools should remain closed until those suspected of having the Ebola Virus Disease (EVD) and under surveillance, are cleared.

Minister of Education, Mallam Ibrahim Shekarau, debunking allegations that the Federal Government was influenced by private school owners to adopt September 22, instead of the earlier October 13 resumption date, said government’s decision was based on professional advice by the Ministry of Health.

He said: “It was a unanimous decision taken after a meeting with the Education commissioners and the Health Ministry. The Ministry of Education also wrote to the governors to give the directive more weight”.

Shekarau added: “At no point did anybody influence this decision. There were reports that the private sector influenced the decision. That is not true”.

Chairman of the Presidential Committee on Ports of Entry against Ebola, Dr. Sani Gwarzo, while briefing the lawmakers of his committee’s efforts, warned against mass rallies and gatherings until the EVD is put under check.

Said he: “I will really want to warn against mass gathering at this time”.