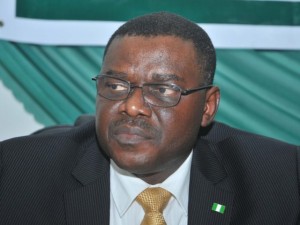 The Minister of Health, Prof. Onyebuchi Chukwu, on Wednesday described as irrational, calls by some Nigerians to delay the resumption of schools till December or early next year as a result of the Ebola Virus Disease.

He made this known while briefing State House correspondents at the end of the weekly Federal Executive Council (FEC) meeting presided over by President Goodluck Jonathan.

According to the minister, the decision to bring forward the resumption date to 22nd of this month was based on expert advice.

While insisting that it is safe for the students to resume, Chukwu said there is presently no patient under treatment anywhere in the country and that there is no community transmission of the disease in Nigeria like other countries.

Stressing that the country is making good progress in curtailing the disease, the health minister assured that Nigeria will continue to maintain vigilance at the entry points to make sure no infected person is allowed into the country.

On schools’ resumption, he said: “The Minister of Education after meeting with the commissioners for education from the 36 states and FCT decided when public schools should open which they told us is September 22. In taking that decision, they used information that was given by the federal Ministry of Health to the fact there is actually no reason now with the expert information we have at hand why schools cannot resume earlier than the original date of October 13.

“I think people should just allow us to do the work we have been doing very professionally. It was based on advice given by the Ministry of Health that the Minister of Education took the original decision that it was going to be in October and nobody quarreled with the minister. Now the minister, based on expert advice, has come back to say well, for us, if you are asking us to resume earlier than October 13, we don’t have any reason to stop that”.