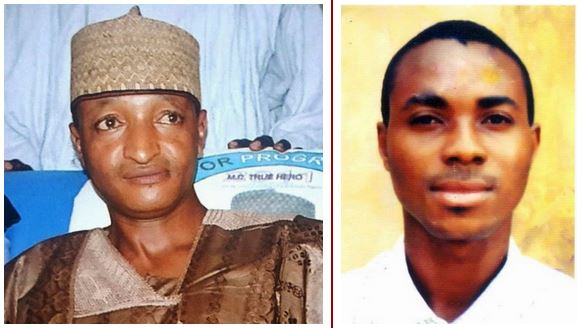 Find the EFCC Press release below

Following a petition by the Economic and Commercial Counsellor’s Office of the Embassy of the People’s Republic of China, the EFCC invited the suspect for questioning but he failed to honour the invitation. The suspect is currently on the run as efforts to track him, including several visits to his home in Narabi, Bauchi, proved futile.

Consequently, the Commission enjoins any one with useful information on his whereabouts to contact its head office inWuse 2, Abuja or zonal offices in Gombe, Kano, Enugu, Port Harcourt and Lagos; or the nearest police station.

In the same vein, a banker, Godswill Oyegwa Oyoyou pictured right, an Information Technology staff of a new generation bank is also wanted by the EFCC in a case of fraud involving N6.28billion. Godswill allegedly conspired with some scammers and obtained the sum of N6.28Billion (Six Billion and Twenty-Eight Million Naira) from his bank after hacking into the bank’s database. The 38-year- old is from Isoko South local government area of Delta State.