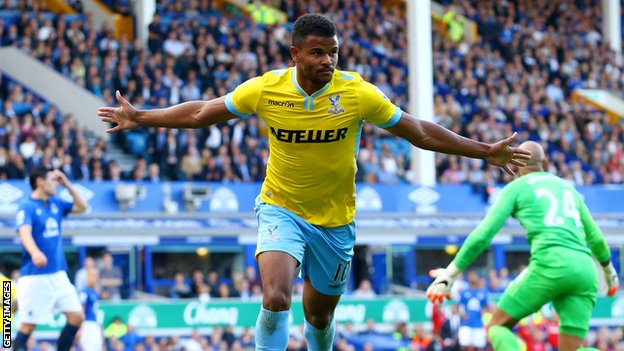 Frank Lampard equalized to earn a draw for the Citizens in a tame affair.

Manchester City and Chelsea had to share the spoils in the late fixtures of the Barclays Premier League.

In a game that failed to live up to expectations, the visitors resorted to defending while the Citzens sought to create chances.

They were almost rewarded for their drudgery, but Chelsea’s keeper Thibaut Courtois saved a Sergio Aguero shot from 12-yards.

The Second half continued in the same fashion- City looking for spaces to exploit in Chelsea’s rock solid defense.

But they were dealt a major blow in the 66th minute when Pablo Zabaleta was sent off for a cynical challenge on the inform Blues hit-man Diego Costa. Bacary Sagna was brought on for Dzeko to cover defensively.

However, the numerical advantage paid dividends. Costa found Hazard, and the Belgium’s cross was met gracefully at the far post by substitute Andre Schurrle.

Diego Costa could have had his name on the score sheet too but his effort agonizingly hit the woodwork.

Frank Lampard was introduced to applause from both sets of fans. The Midfielder, on loan from New York city FC had the final say.

James Milner turned a cross back at the far post, Lampard in a decent spot capitalized on Branislav Ivanovic’s misdemeanor, then sent a thunderous volley that Courtois couldn’t stop. 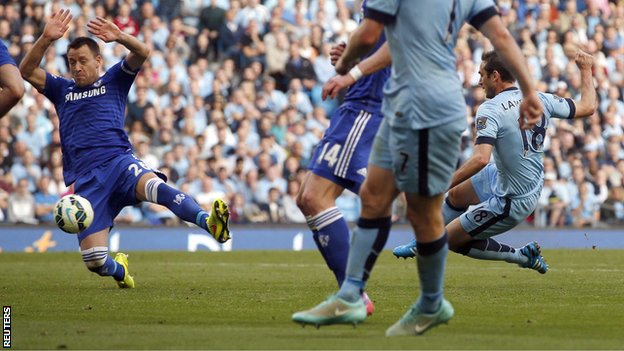 Roberto Martinez men were fully confident ahead of the clash at the back of a 4-1 demolition of Wolfsburg in the Euorpa League.

Julian Speroni had no say to Romelu Lukaku side-foot shot as early as the 9th minute to draw first blood. Samuel Eto failed to capitalize on some vital goal-scoring opportunities at his disposal afterwards.

The Toffees were made to rue the lackluster display infront of goal when Tim Howard fouled James McArthur in the box, resulting in a penalty for the visitors. Mile Jedinak had no qualms burying it to the far corner.

It soon got from bad to worse for Roberto Martinez’s men. Fraizer Campbell was at the end of a howler from Tim Howard, to head in and send the away fans to seventh heaven.

Yannick Bolasie then scored to give Palace a commanding lead. Leighton Baines scored a penalty late for Everton to give a tensed final minutes.

But Neil Warnock’s men held on to repeat the scoreline they produced at Goodison in April.