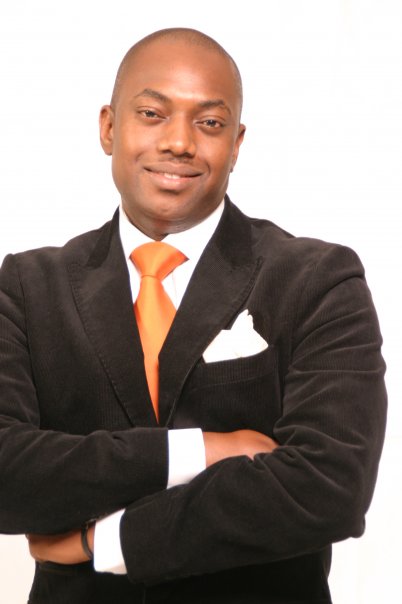 Motivational speaker/CEO of Visible Impact/husband of make-up boss lady, Tara Durotoye, Fela Durotoye reveals how his father left his mum for a nursing student and died just as he was about to leave his mistress to get back with his wife. So sad…….

Read the interesting revelation below:
My father died because of an extra-marital affair. He had a great marriage but at one point in time he cut it off and left his home, few years later he died. He even died some days to when he was supposed to return home to my mother. He died a mysterious death because the lady said, if I will not have you, nobody will. Few years later, the woman ran insane and was saying all over that she killed my father. So now that I’ve seen what a strange woman can do to a man, it makes sense to stay in one place so I don’t put so many life at stake.

He died in 1982, I was 11 years old. It was so devastating because he went beyond just being my father, he was my best friend. He left home in 1977. I must have been six years old. He was gone for five years. It was at the point where he was trying to get back to his wife that he died in 1982. I never knew what it was like to be a child because my father never treated me like one. I was also his best friend, he used to relate with me like an adult . Even when he left my mum at Ife and was at Ibadan, I used to go to Ibadan every weekend. My relationship with him blossomed till he died. He would send his driver to come and pick me up every weekend. I had to learn how to deal with seeing him and the other woman if I wanted to enjoy my dad. But I was always the centre of attraction every weekend I was with him. The woman was not a major thing I will deal with because my father would give us total attention. Before the separation, my father was a professor in physiology while my mother was a lecturer in Geology.

After he left the University of Ife, he went to set up consultancy firm in medical equipment and so on. My mum remained a professor at Ife. My mum was one of those amazing human beings that you can ever imagine. I cannot tell you how she did it but you can be such that it was God that helped her. And the most difficult part was that watching a man you of loved die in your hands. By the time my father was dying, my mum was right there. He died with his heads in her hands. I do not know how anybody would have done that. Many times my mum said maybe she should not have let him go. She always says that if she knew that the end of the matter would have been that way, she would have followed him with the other woman, she would never let him go. I do not think that my father followed the other woman willingly, it was programmed. It wasn’t natural. I don’t think that he was in his total senses. His siblings were so upset with him, they had to leave him. We should not have allowed him to go into the hands of the devourer.

He used to tell me, don’t worry it is all going to be alright. Meaning that we are all coming back as family. I could see that he always wanted to go back home. His death was one of the most difficult things I had to overcome.

My mum had traveled on sabbatical to Belgium and at one point my father was passing through Belgium. And they had a very short meeting and who knew maybe the signal of the remote control did not get to Belgium. I think somehow the love was rekindled and there was a gentleman, Rev. Faniku who was also in Belgium at that time. He took it upon himself and work on it for almost a year and my dad was almost back to his senses. My mum is incredible brilliant and beautiful. There was no basis for comparison with the other woman who was a nursing student.

Then he fell ill with diabetes but there was no record of diabetes in our linage. He feels sick on Wednesday and died on Sunday morning. He just finished a meeting with my mother and he told the other lady that my mum was coming back home that she has to leave. She told him if she will not have him than nobody will (kaka kekumajesese, afisawadanu). By evening he had come down with a flu. By Monday he was already really sick, by Tuesday he was in the hospital and my Wednesday he was dead.

I have never talked about my dad like this before, I don’t know why I am doing it with you. You must be very special. I learnt that no matter how gifted you are, your destiny can be truncated by a woman. I saw the joy of a successful marriage and I saw the pain of an unsuccessful one. I choose i will go for the joy of a successful marriage. Before my wife and i got married we went to pray and tell God that none of the things that happened in our parent’s marriage would happen in ours. We have tried so far.

Before the separation, they won the couple of the year award twice on campus. My father was an incredible brilliant man. He was the youngest professor in Nigeria as at when he became a professor in 1976. He was 35 or 36. My mum was beauty and brain. They were the happiest couple you can never imagine together.