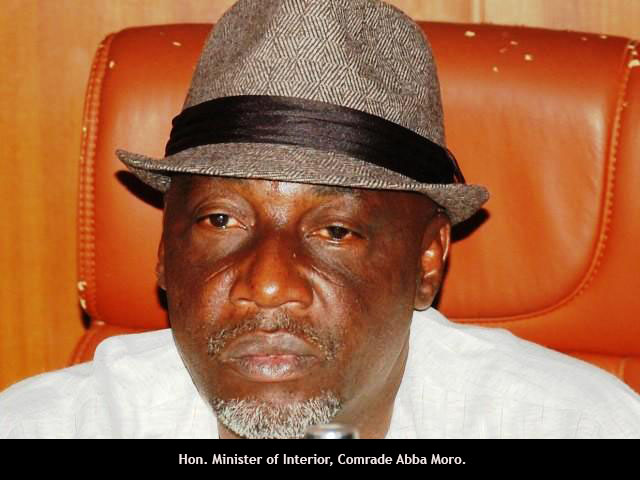 A statement from the Ministry of Interior, signed by the Permanent Secretary, A.G. Magaji, said the minister, Mr. Patrick Abba Moro, who made the declaration, congratulated all Nigerians and urged them to “build a more united and virile nation that would be the pride of all Nigerians wherever they live.”

Moro enjoined all Nigerians to think of the country’s “giant strides” since independence, particularly those by the present administration “in the development of the country towards a more formidable Nigeria”.

Chairman of the Council Advisory Committee on Religious Affairs, Prof. Sambo Wali Junaidu, announced this in a statement yesterday.

According to the statement, following the sighting of the moon by various committees across the country, the Sultan of Sokoto and President-General of the Nigerian Supreme Council for Islamic Affairs, Muhammad Sa’ad Abubakar III, had accepted the report and accordingly declared Thursday as the first day of Zulhijja, 1435.