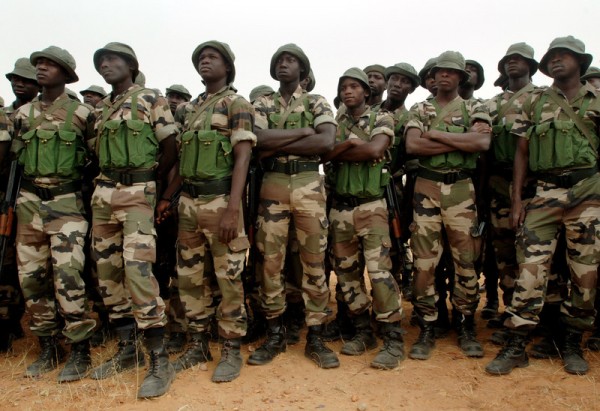 After the insurgents had recently taken over the strategic town of Borno state displacing locals and forcing soldiers to flee from the area, the military were said to continue counter-strike attacks on Boko Haram bases in Bama, this time deploying warplanes.

It was disclosed by a senior official, who pleaded anonymity while speaking with Reuters yesterday. According to him, air strikes have been carried out “on all the Boko Haram bases”, which he said reflected President Goodluck Jonathan’s order for a “fully-fledged war” against insurgents operating in the North-East.

Within a short period of time Boko Haram captured several strategic towns, including Gwoza, Bama and several others. Inspired by their success, the militants are believed to move further in an attempt to seize Maiduguri. It would be noted that after capturing Gwoza Boko Haram leader Abubakar Shekau claimed Islamic Caliphate in the area. Now the terrorists’ aim is apparently to expand the caliphate.

On situation in Bama, Vanguard also reports referring to Reuters interview with Musa Sumail, a human rights activist in Maiduguri who said:

“Even today, we can see so many people leaving … the buses are going out plenty now.”

Meanwhile the Nigerian Defence Headquarters insisted they would do everything possible to defend the territorial integrity of the country.

In a statement released September 5 by the the Nigerian military and signed by the Defence Spokesman Chris Olukolade it was stressed that “the DHQ wishes to reiterate the pledge and commitment it made while briefing the Joint Committee on Defence of the National Assembly to the effect that everything will be done to reverse the situation and defeat the rampaging terrorists.”