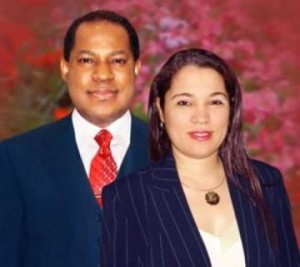 According to reports reaching me, some fresh details have emerged on the controversial divorce between Pastor Oyakhilome and his wife, Anita.

See below how the report was narrated: –

There are indications that reconciliation moves are on course between the President of Christ Embassy, Rev. Chris Oyakhilome and his wife Rev. Anita who have been in the news in the past week over the divorce proceedings the latter filed.

City People Magazine reports that, to have a divorce in the UK, both parties must have a marriage that is legally recognised in the UK, and have a permanent home in England or Wales. Getting a decree nissi, there are 5 grounds: adultery; unreasonable behaviour; desertion; 2 years’ separation; and 5 years’ separation. In the case of Rev. Chris, adultery wasn’t cited but the decree nissi was reportedly served to him during a recent visit to the UK.

According to the Family Law in UK, decree nissi is a document that says that the court doesn’t see any reason why you can’t divorce. This is usually applied for if one’s husband or wife doesn’t defend a divorce petition.