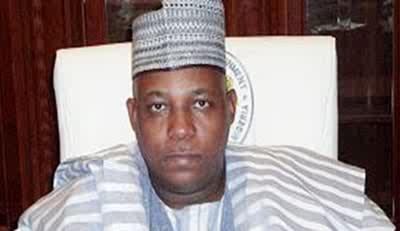 He said he decided to return home to provide leadership at the trying moment for the people of the state.

The governor spoke in a statement through his Special Adviser on Communication, Malam Isa Gusau.

The statement said: “Following Monday’s renewed attacks by Boko Haram insurgents in some parts of Borno State, Governor Kashim Shettima has abruptly returned to Nigeria on Wednesday, cutting short his official trips to Sudan and the United Kingdom where he was scheduled on assessment meetings with school authorities and over 70 students recently sponsored by the State Government for medicine and Petroleum Geo-Sciences.

“Shettima returned and held crucial meetings in Abuja in connection with happenings in Bama and the rest of the State. He had also approved the formation and release of funds to a committee set up to coordinate distribution of relief and management of victims”.

The statement added: “The Boko Haram insurgents had attacked several areas with the most recent being an attempted seizure of Bama town, one of the most populated areas in the State, located about 70 kilometres from Maiduguri, the state capital.

“Thousands of residents have thronged Maiduguri from Bama following the attacks. There was initial report that the insurgents had captured the army base and was in control of Bama, headquarters of the commercial council.

“Security sources however hinted yesterday that the military had reversed the trend following air strikes that destroyed hardwares brought in by insurgents from Gwoza while also destroying hardwares at the Bama military base to deny insurgents access to military weapons.

“The insurgents were said to have particularly targeted arms at the base and had planned to add to what they deployed there to combine resources needed to launch a massive attack on Maiduguri, the major target of the insurgents”.