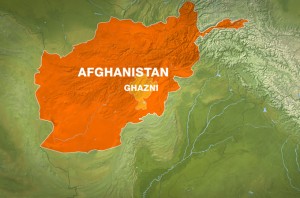 Over 200 Taliban fighters have invaded a district southwest of the Afghan capital and area officials say the area is likely going to fall to the armed group after five days of fighting.

A reporter in the heart of Kabul, said the fighting in Ajrestan, which is in Ghazni province, was ongoing. The source said at least 70 people had been reported killed, including at least a dozen civilians, some by beheading.

The Taliban told news reporters on Friday that they were intent on taking the district, which is 300km from the capital Kabul, and had sent hundreds of fighters to the area to achieve that. The group claimed it had killed 40 policemen.

“This is part of a pattern we’ve seen all over the country this summer, with Taliban trying to take control of provincial centres,” the source said.

Police officials said they had sent 400 officers to the area over the last 24 hours but had been unable to get to the centre of Ajrestan because the Taliban had taken control of many of the roads leading to it.

Deputy provincial governor, Mohammad Ali Ahmadi, said that he was calling for more support from the central government as, without air strikes, the Taliban could push into the district’s center.

Many of the civilians killed were either family members of local police or lived in villages where local police have battled the Taliban before, Ahmadi said, adding that fighters also burned down houses.