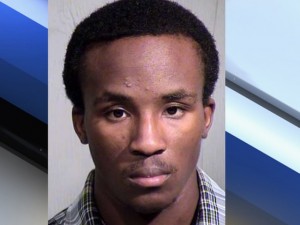 A UPS worker who stole an expensive diamond worth over $180,000 and traded it for a bag of $20 marijuana has been charged with theft after being fired from UPS. His name is Walter Earl Morrison and he is 20-years-old.

He is from Phoenix, Arizona and was arrested and charged for stealing the diamond while unloading a plane full of boxes. Walter Earl Morrison decided to hide one package in his shirt thinking it was money, but he later realized that it actually contained the diamond worth more than $180,000.

“Any single stone over $100,000 is an expensive stone,” said Taubman, owner of House of Diamonds.

Walter Earl Morrison was soon caught, and the diamond is thankfully being returned to its rightful owner. UPS fired him after the incident occurred and he is currently facing a felony theft charge.