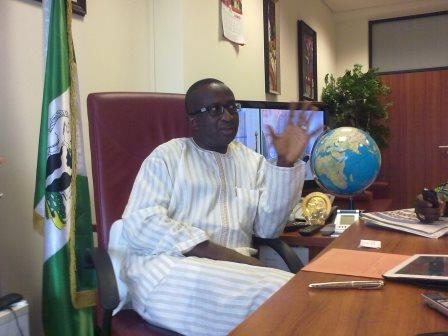 The Senate Leader, Victor Ndoma-Egba, says he spends N73 million annually on payment of scholarship for students in his constituency in various tertiary institutions in the country.

Mr. Ndoma-Egba (PDP-Cross River) said this on Monday in Calabar during the presentation of scholarship awards for 2014/2015 academic session to 30 undergraduates and 12 post graduates students.

“I spend N73 million for this scheme annually. Aside those in schools, we have others in the military, seminaries and other specialised institutions”, he said.

He said that over 9,500 youths across the country had benefited from his free computer training programme.

According to him, the programme was designed to assist brilliant but financially incapacitated youths of the zone.

“It is not politically motivated at all; infact, it actually started in 1980 but it was formalised in 2003.

“It is a human capital development programme. I believe that the real resource of any nation is youthful, educated and skillful population.

“I believe that in Nigeria, our focus must be on youths, irrespective of our challenges as a nation”, he said.

He warned the beneficiaries to desist from joining secret cults, adding that doing so would ruin their ambition.

Mr. Ndoma-Egba said that plans were under way to collate the pool of graduates of the scheme to ensure that they secured meaningful employment.

The Chairman of Board of Trustees of the scheme, Margaret Ndoma-Egba, said that under the scheme, each undergraduate got N70, 000 while the post graduate students got N100, 000 each.

One of the beneficiaries, Stella Okpa, expressed gratitude to the senator for the gesture.

She assured him that the beneficiaries would take advantage of the opportunity given to them.