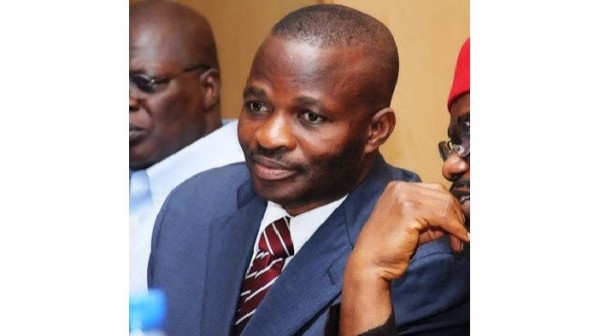 A source in the government house informed our correspondent that the development followed Onyebuchi’s impeachment, and the subsequent appointment of a new deputy governor.


Onyebuchi was a staff of the Enugu State Civil Service before his appointment to political office.
However, the source, who did not wish to be named, did not disclose the particular ministry, department or agency of the government to which Onyebuchi was redeployed.

The former deputy governor’s current rank in the service was also not disclosed.
The Chief Press Secretary to Governor Sullivan Chime, Mr. Chukwudi Achife, confirmed Onyebuchi’s redeployment in an SMS to our correspondent.

The text message reads, “Former Deputy Governor Onyebuchi has been redeployed to the State Civil Service where he was serving before being appointed to a higher political office.”

The event which took place at the EXCO Chambers of the Government House, Enugu, came on the heels of the impeachment a week ago of the former occupant of the position, Mr. Sunday Onyebuchi, by the State House of Assembly.

Reverend Nwoye was cleared last Thursday by the House. His oath of office was administered by the Chief Judge of the State, Justice Innocent Umezulike.

In his speech at the ceremony, Chime congratulated the new deputy governor, saying with his coming on board, the machinery of government would continue to run smoothly.

The governor said: “Drawing the analogy of a broken down vehicle, we have just replaced a bad spark plug, the vehicle is repaired and journey will be smooth again.”

He said the new deputy governor was not new to him as they had both served together as commissioners in the previous administration.

Chime added that he was sure that Rev Nwoye would bring his experience and background “not just as a Minister of God but as a fine gentleman”, to bear in the discharge of his duties.

On the circumstances that brought about the advent of his new deputy, Chime said: “What has happened, I believe it happened in the best interest of Enugu State and not only government.”
He enjoined the deputy governor to serve with due diligence and cooperation with the government as well as the ruling People’s Democratic Party, PDP, in the state.

In his response, the new deputy governor expressed gratitude to God and to Governor Chime for the opportunity to serve in his new capacity.

He lauded the vision and good works of the governor and pledged his unalloyed support and commitment to ensure that Enugu people continued to enjoy the benefits of good governance being delivered by the Chime administration.

The new deputy governor was serving as the Bishop in charge of Ugwuaji Awkunanaw, Enugu, District of the Christ Ascension Church.

His father, Apostle Godwin Nwoye, is the founder and head of the church.