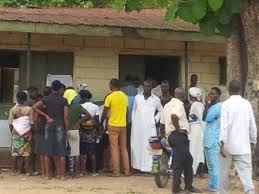 The Plateau State Resident Electoral Commissioner, REC, Habu Zarma, stated this on Thursday in Jos, during a stakeholders’ meeting on the forthcoming distribution of permanent voter’s cards in the state.

“The commission is in the process of relocating all units that are not in public buildings. These are those located in palaces, private residences and places of worship”, he said.

Mr. Zarma also said polling units which do not meet the required population of voters has also been merged with new polling units.

“Polling units in the same polling station that do not have the required minimum voter population may be relocated to places of need”, he said.

The Plateau State REC explained that the decision of INEC, both in increasing and relocating polling units, was geared towards ensuring greater participation in the 2015 general elections.

“As we move towards the 2015 general elections, we are engaged in a number of activities. We are poised towards ensuring a greater participation by our citizens and providing a level playing field for all participants”, he said.

Mr. Zarma also spoke about the recent increase in the number of polling units in the country.

“The commission has recently approved the creation of additional 30, 000 polling units all over the country. With this, the total in the country is expected to rise to 150, 000”, he said.

He noted with concern that with the development, Plateau State polling units has increased to 4,173, instead of the initial 2,631.

Three committees were inaugurated at the stakeholders’ forum to enlighten citizens on the changes.

However, it was observed that most of the invited stakeholders shunned the event as they sent representatives instead.