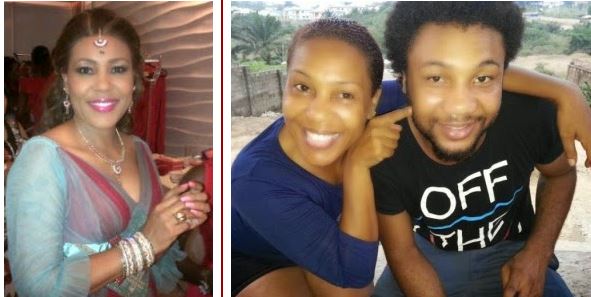 Actress Shan George became a grandmother on Sept. 6th after her first son welcomed a daughter with his girlfriend. Shan, who is in her mid 40s, says she’s thrilled to be a grandmother. Speaking to Encomium mag this week, the mother of 2 boys says it feels good to have another girl in their family

“It feels really cool, especially the fact that I gave birth to all boys, now I have a girl. I was happy when my son told me about his girl being pregnant. Children are a beautiful gift from God.

The best thing about me being a grandmother is the fact that as a Christian, God’s promise of keeping me alive to see my children’s children has been fulfilled.” she said