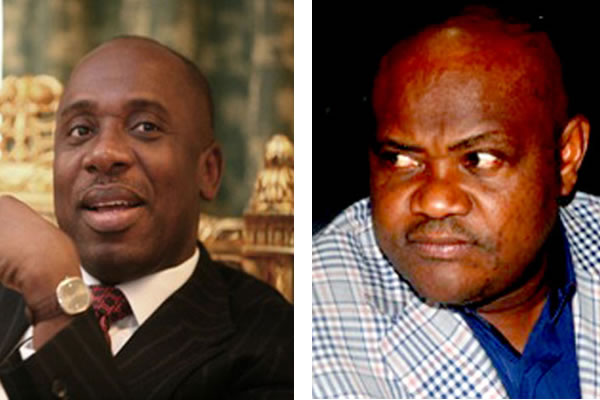 Minister of State for Education, Nyesom Wike, has said the Federal Government’s intervention in Rivers State’s schools is not a recent development.

Reacting to a statement by the Rivers State Government warning the FG to stay away from its schools, Wike said Governor Rotimi Amaechi erred, adding that the call was coming rather late.

A statement by the minister’s Special Assistant on Media, Simeon Nwakaudu, said: “The Federal Ministry of Education remains committed to completing the boy-child and girl-child schools flagged off by the Minister of State for Education, Nyesom Wike last Friday at Ogu and Omoku in Rivers State.

“The third school will be built in Andoni as a deliberate design to reach out to school children in the three senatorial districts of Rivers State.

“These schools form part of the critical ongoing interventions of the Jonathan administration as regards the creation of access to basic education in Rivers State and other states.

“Before the commencement of last week’s construction of three additional schools in Rivers State, the Federal Government had successfully completed a Federal Junior Model Girls School in Aluu and an Almajiri school in Omerule in the first phase of construction work.

“This is in addition to key interventions in 10 secondary schools in the state. While some have been completed, others are ongoing. One of the most prominent schools being rehabilitated is the Community Secondary School, Ubima.

“Since, 2011 when Wike joined the Federal Executive Council, he has worked towards the transformation of education in the country”.

Wike added: “The history of the Federal Government’s interventions in Rivers State is known to the public.

“It is rather late in the day for the Rivers State government to play the ostrich as regards the monumental interventions of the Federal Government in redefining education in the state.

“Education is critical to national development and the intervention of the Federal Government in states is due to the numerous challenges facing the sector, which states alone cannot resolve.

“However, the Rivers State government must realise that education for all is the responsibility of all. It is in the interest of the less privileged children of Rivers State that the government continues to appreciate the monumental achievements of the Jonathan administration”.