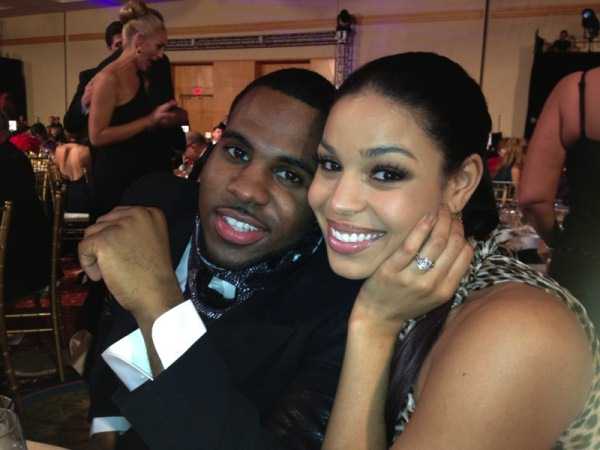 The past few weeks had been all about celebrity couples breaking up here and there, and it looks like it isn’t going to stop soon.

Jason Derulo and Jordin Sparks who have officially confirmed their relationship in 2012 and have been dating on and off for two years, seem to have reach the end of the road.

The two are said to have come to a mutual agreement to call time on their relationship after struggling to make it work due to their busy work schedules.

A source told US Weekly: ‘They are both upset. It just wasn’t working out. It was a lot of travel and hard to work with their schedules.’

The news comes just weeks after Jason, 25, gushed about the ‘No Air’ singer and claimed he knew she was ‘the one’.

The ‘Talk Dirty’ hit-maker confessed he was determined to have the 24-year-old singer romantically involved in his life long-term after he broke one of his vertebrae in 2012.

Asked when he realised she was his match, he replied: ‘I knew that pretty early on. I felt that when I was in the hospital with my neck injury. I felt different … I felt like I needed her in my world.’

However, he also recognised the difficulties of having a relationship in the public eye.

He explained: ‘You know, of course we have our problems just like anybody else. But our relationship is a positive one and that’s good for people to see in today’s entertainment industry.’