He has always been a rebel and he has taken his rebellion a little bit further. 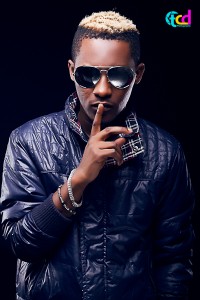 Jesse Jagz  who walked out on his old record label has broken into the revolutionary lane with full force.

The Rapper/Producer took to Twitter on Saturday to vent his anger at the society, not sparing many by the time he was done.

While hitting out at all political parties in Nigeria as boasting nothing other than ‘just a bunch of names,’ the former Chocolate City artiste was in a vehement state; comparing Nigerian politicians to armed robbers, urging Nigerian youth to look at the bigger picture in a series of tweets which drew wide attention, with many of his followers re-tweeting his words in quick succession.

Jagz, who is MI‘s younger sibling, also took a philosophical angle to his feelings, asking his followers to check and take note of Webster’s dictionary definition of Black to understand the racism still going in the United States and other places.

I find it hard not to say something to one of them politicians on twitter.. With all going on u still got time to tweet? Damn..

I didn’t register and I advice all not to… it dnt matter who you vote for. Same ol’ shit.. just a game of chess.

When we as Nigerians have clean water and light.safety for us and our children.. then we’ll vote .. we can be part of a system that works..

That’s the lie of democrazy.. if u arrange 12 armed robbers for me to vote 1. .. I’m still voting an armed robber.

Let’s always look at the bigger picture.. who are you going to vote for again? APC? Cgy? FBI? CIA? FRSC?PDP?

Its just a bunch of names.. same structure .. same master….

Africa was in slavery. we were handed freedom for free while black Americans where still being treated like dogs.. its all colonialism

If you know what happened in Liberia and Sierra Leone and congo. That’s what their doing. Chaos and anarchy is the trade mark

Everyone on line now in africa now who can find a Websters dictionary should please Google the word black and tweet everything it says..