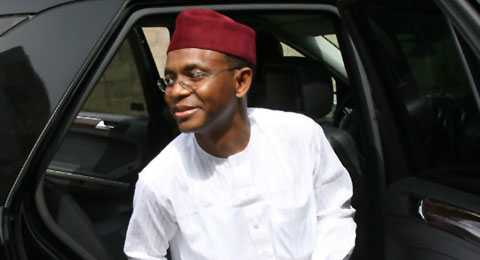 Former Minister of the Federal Capital Territory (FCT) and All Progressives Congress Chieftain, Malam Nasir El-Rufai, has said justice is vital to the nation’s unity and growth.

He spoke yesterday at Fadan Kagoma, the home town of the immediate past Kaduna State Governor, the late Sir Patrick Ibrahim Yakowa.

El-Rufai was at the palace of the Kpop Gwong, Col. Paul Zakka Wyoms (rtd), to inform the people of Gwong Chiefdom of his intention to contest the Kaduna governorship election.

Pledging to ensure justice and provide responsible leadership, El-Rufai paid glowing tributes to the late Yakowa, who he described as “a responsible and sincere leader, whose death left a big vacuum in the state”.

He said: “I have come here to formally inform you of my decision to seek the highest office in our dear state. It is a demonstration of deep commitment to the peace, development and unity of Kaduna State. Justice is paramount to development and that is my direction. I am seeking your blessing and moral backing.

“I am not new to our state. I did my primary school, secondary school and university in our state. I practised here before moving to Abuja, where the late Yakowa and I served in General Abdulsalam Abubakar’s administration, so I know our problems and together we will run a responsible and participatory government.

“Our diversity is our strength as instituted by Almighty God and it is His making, so we must harness it for our common good”.

The former minister, who hails from Zaria, is on a tour of the state ahead of the 2015 general elections.