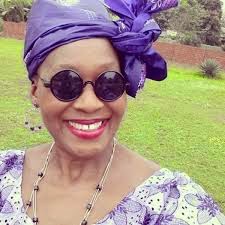 Okay Kemi Olunloyo’s twitter account has fresh tweets. According to the same person that tweeted about her being beaten to pulp yesterday, the same person has come online to give an update that, Kemi has lost partial hearing in her left ear. She also asked Nigerians to stop rejoicing and stop spreading rumours that Kemi is in a coma, because she is not. Then she tweeted the shocker, as against so many media reports that Kemi Olunloyo was beaten by her elder sister, Funke Olunloyo is Kemi’s younger sister, she revealed!

Btw, she says she will be releasing a press statement later