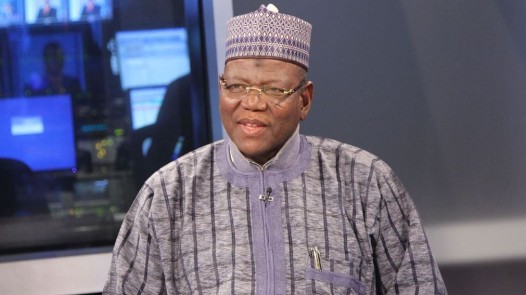 Governor Sule Lamido of Jigawa State has asked the opposition to fight its own war, saying he will fight his in the Peoples Democratic Party (PDP). Lamido spoke yesterday when he hosted a delegation of the PDP on a performance assessment tour in Dutse, the state capital.

His re-affirmation of faith in the ruling party should put to rest continued speculations that he might dump the PDP for the All Progressives Congress ahead of the 2015 general election.

Affirming that he was aggrieved with the party at a stage, he knew how to fight his battle within the party, noting that he would remain there despite challenges.

“I will fight my own war in PDP, I cannot fight war for the opposition, let them fight their own war”, the governor said.

Lamido had been part of the group of seven PDP governors that formed the now rested New PDP, but stayed back when five of his colleagues left to join the APC. He had also reportedly set his eyes on contesting against President Goodluck Jonathan for the PDP presidential ticket – a report he denies – but endorsed the president last week as the PDP’s sole candidate.

“I will remain a loyal member of the PDP, other parties are association of entrepreneurs”, he added.

The governor, however, warned stakeholders of PDP against making inferences that could portray the party as belonging to one tribe or religion.

“Thirteen years ago where were these people? We will not allow anybody to take away our finished product”, he said.

He noted that if the defection that rocked the PDP had occurred in the APC, the latter would have collapsed by now.

“Take away people who left the PDP from the APC, you will have nothing left in the APC”, he said, adding that APC leaders were invented by PDP.  Citing former Vice President Atiku Abubakar as one of them, Lamido asked:  “How can our own invention now fight us?”

He said: “I have been maligned, I have been harassed, but I remain in PDP”.

The leader of the delegation and PDP spokesman, Olisa Metuh, said the team was impressed by the achievements of the Lamido administration.