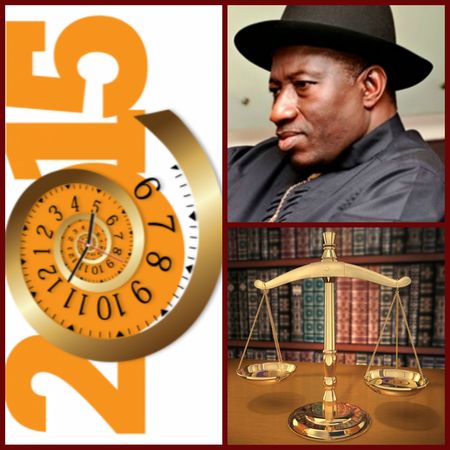 The plaintiffs, Mase Daphine Acho, Saeeq Umar Sarki (both lawyers) and Murtala Abubakar, who filed the suit last Friday, 19 September, 2014 said that both Jonathan and Sambo were ineligible to be elected president and vice president respectively.

Listed as 1st to 4th respondents in the suit are Jonathan, Sambo, PDP and the Independent National Electoral Commission (INEC) respectively.

The plaintiffs’ lawyers, Mustapha Ibrahim, Mr Abdul Mohammed and Aliyu Lemu argued that by virtue of the Supreme Court’s decision in Marwa V Nyako (2012) 6 NWLR (Part 1296), both Jonathan and Sambo were not qualified to be elected as President and Vice-President respectively in 2015.

According to them, Jonathan and Sambo are prohibited by the provisions of the constitution, which state that no person can stay in office as the president and vice president for a period exceeding a period of 8 years.