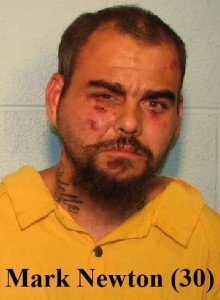 How petty can someone be to mug a pregnant woman? Of all people, a woman holding child is very sensitive and could easily have a miscarriage.

Recently I heard of a case where a woman was being mugged ended up winning the fight! So, the woman was putting groceries into her vehicle when she was approached by the, 30-year-old, mugger Mark Newton.

Flint police release that the pregnant woman chased the man as soon as he snatched her purse and jewelry. The man pushed her to the ground, but the woman won the fight as she tackled him.

Miraculously, the woman gave birth to her baby that same day. If the man was armed perhaps the story wouldn’t have ended so successfully.

Newton was arrested and charged with one count of unarmed robbery and is being held on an $8,000 bond. Seems like a slap on the wrist when you consider how much damage he could have done to that woman and her child.