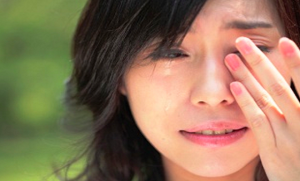 In a unique ruling, a man was ordered to pay a woman for taking her virginity.

The man of China, was sentenced to pay the woman $5,000 compensation for violating her right to be a virgin because he pretended to be single when they slept together.

The man, who was identified as Li, was fined because he deceived the woman by falsely claiming to being a bachelor.

At sentencing in Pudon, Shanghai, the man also ordered to write his younger lover a letter of apology for his actions.

The couple met online five years ago, but did not start a relationship until last September, when Li told the woman, who was identified as Chen, that he was single.

The court did not believe Li’s claim that the couple did not had a sexual relationship, and found him guilty of misleading Chen.

The woman claimed that the two slept together for the first time when they took a trip to Singapore earlier this year.

The woman thought that the two would continue the relationship once they got home, but Li broke off the relationship shortly after their return to China, and refused to meet with Chen who repeatedly attempted to talk to him.

Frustrated by the lack of contact, Chen went to his home in Shanghai, and was shocked to find a woman at the home. The woman said that she has been married to Li for several years.

The court agreed that being a virgin was a human right and should be protected. The judge said that Li “violated her virginity by deception.”

Cheng asked the court for $80,000 compensation. However, the court awarded her $5,000 and an apology letter from the man.