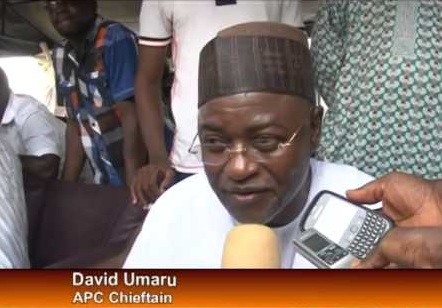 The All Progressives Congress (APC) candidate in the Niger-East Senatorial District by-election, Barr. David Umaru, has rejected the result, which placed him second and accused the Peoples Democratic Party, PDP, of stealing his mandate.

The Independent National Electoral Commission (INEC) had on Sunday declared Dr. Shem Zagbayi Nuhu of the PDP winner of the poll with a total of 92,056 votes while Umaru polled 87,405 votes.

But speaking for the first time yesterday in Minna, the Niger State capital since he lost the poll, Umaru said: “How come they are not celebrating, if they (PDP) truly won. They cannot celebrate because the mandate is not theirs”.

He alleged that the PDP connived with INEC officials and security agents to rig the election.

According to Umaru, top government officials in Hilux trucks were stationed at polling units and openly induced voters with cash and fabrics.

He said: “In some instances, people’s votes were purchased for N30,000 each. District, village and ward heads were intimidated and ordered to ensure victory for the PDP at their places of influence or have their appointments terminated.

“Despite the intimidation, buying of votes and snatching of ballot boxes, the people have spoken. The PDP cannot stop the wind of change that is blowing across the state. We have done well and won the election, even though the PDP stole it from us”.

Umaru, however, praised the electorate for coming out to vote for him defying the rain and despite “intimidation and harassment”.

He urged them to remain resolute in their determination to entrench true democracy.

Umaru said his party was studying the election result and would soon make a pronouncement on its next line of action.

In his remarks, the Niger-East senator elect urged other candidates in the election to support him in improving the district.

He promised to ensure the take-off of the hydro-electric power producing area development commission.