Many Nigerian customers on Monday dumped the use of other banks’ Automated Teller Machines in a bid to avoid paying the newly introduced N65 ATM fee, which became effective that day. 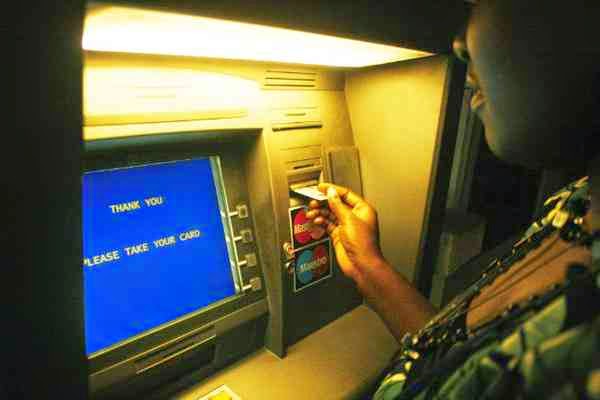 The Central Bank of Nigeria, in collaboration with the Bankers’ Committee, had on August 13, 2014 announced the introduction of the N65 service fee on cash withdrawals from other banks’ ATMs.

The re-introduction of the fee came almost two years after the CBN and the Deposit Money Banks cancelled the N100 ATM charge in December 2012.


The Director, Banking and Payment Systems Department, CBN, Mr. Dipo Fatokun, had said the central bank and the DMBs agreed to re-introduce the ATM charge because the cost of transaction was becoming too burdensome for the banks to continue to bear.

Fatokun also said the charge would become effective on the fourth ATM withdrawal in a month, thus making the first three withdrawals on other banks’ ATMs within the month free.

“September 1, 2014 shall be the effective date for the implementation of the new charge; banks are expected to conduct adequate sensitisation of the customers to the introduction of the new fee; all ATM cash withdrawals on the ATM of issuing banks shall be at no cost to the cardholder,” a circular issued by the CBN on the new policy had stated.

However, visits to several ATM points across Lagos on Monday revealed that banks’ customers had started avoiding the use of other banks’ ATMs.

Some customers on ATM queues in Ojodu area of Lagos told our correspondent that they were using their bank’s ATMs because they did not want to pay the N65 fee.

A visit to Ecobank, Guaranty Trust Bank, First Bank of Nigeria, Diamond Bank, Keystone Bank and Zenith Bank ATMs showed that over 90 per cent of customers on the various queues were making cash withdrawals on their banks’ ATMs.

The customers, however, noted that their action was based on the fact that their banks were not too far from the points they needed the money.

Some of the customers said if they found themselves in situations where they could not find their banks’ ATMs around, they would not mind to pay the N65 in order to make use of other banks’ ATMs.

“I think the fee is negligible but if I can avoid paying it, why not. I will not want to make use of other banks’ ATMs and pay N65 when I can see my bank in the same vicinity. But if I can’t see my bank around, I will mind to pay,” a customer, who identified himself as Charles Sunday, said.

Meanwhile, banks on Monday failed to indicate on their ATMs that a N65 service fee was being charged for fourth remote-on-us transactions in a month.

This is a departure from what obtained prior to December 2012 when the ATMs indicated that a N100 fee would be charged for making withdrawals on third party ATMs.

Rather than indicate on the ATMs during cash withdrawal, and thus give an opportunity for the customer to accept or decline the fee, the banks just sent text messages to the customers indicating that N65 had been deducted for the transaction.

Some customers frowned on this development, saying the opportunity to decline or accept the payment, which existed during the N100 fee era should be re-introduced.

A bank customer, who spoke at an ATM point in Ikeja, said, “Some customers don’t know that a N65 fee has been introduced. Banks need to indicate it on their machines during the withdrawal process. You don’t just send a text message later that N65 fee has been deducted. I think the CBN needs to do something about this.”

The Managing Director, Capital Investments and Securities, Mr. Uchenna Ojiabor, accused the banks of not carrying out adequate sensitisation of their customers to the N65 fee.

This, he said, was contrary to the CBN directive, recalling that the central bank had directed the banks to carry out adequate sensitisation before the commencement of the fee.