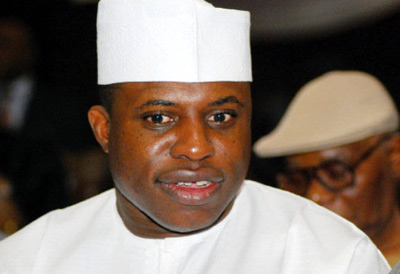 The Ogun State chapter of Peoples Democratic Party has asked a former Speaker of the House of Representatives, Hon. Dimeji Bankole, to desist from visiting party wards in the state.

The party alleged that such visit was causing disaffection within the party and urged him to put a stop to it.

To express their disagreement with the visits, the party’s state secretary, Mr. Semiu Sodipo, wrote a letter to him, stating this position.

The letter dated September 12, 2014, was titled ‘Stoppage of Your Unapproved Tours/Political Campaigns’.

The letter read in part, “This is to inform you that the party is being inundated with reports that your tour of some local governments is causing disaffection among party members and thereby creating disharmony and threatening the peace in the rank and file of the party membership.

“Also, it is believed that all your actions are being perpetrated so that you can divide the party before moving to another party since you have yet to obtain the party’s State Expression of Interest Form. For your attention, the party is united, cohesive and have all that it takes to win the 2015 general elections with a landslide”.

The former Speaker as at the time of filing this report, has not yet responded to the state PDP’s letter.