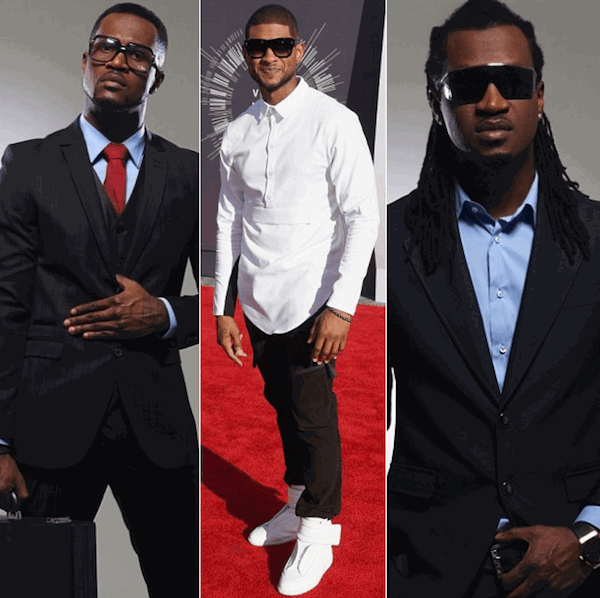 The P-Square brothers recently thrilled their fans when they dropped the collaboration with American rapper, T.I on their 6th album ‘Double Trouble’.

Apparently, they claim that some of their fans are still insisting that they feature Usher on a track.

In a recent interview with TVC, Peter said: ‘We do give our fans what they want. And they are demanding for us to do something with Usher.’

‘It has made us to bond stronger and we are sorry for what this has done to our fans, said Peter.

‘We are human and such is bound to happen. We fight and make-up, just like every other person too,’ added Paul.