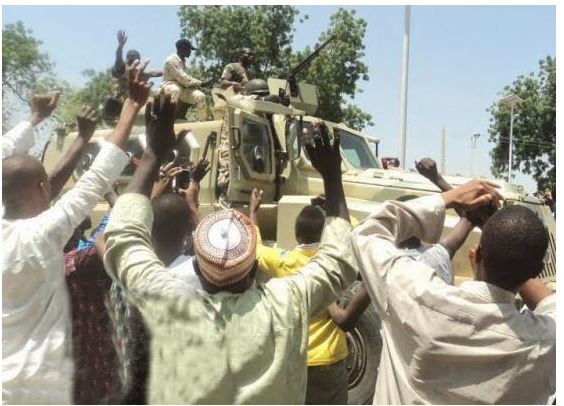 Nigerian troops this morning September 17th successfully crushed another attempt by Boko Haram members who were on a revenge mission to Konduga, in Borno State. According to a statement by Defence HQ, 3 Hilux vehicles, 1 Amoured Personnel Carrier and a cache of arms and ammunition were captured by the troops. Hundreds of the militants were said to have been killed. Troops are now combing the vicinity, in a cordon and search operation to determine the heavy casualties suffered by the terrorists in the encounter. See pics of the captured weapons armored tanks. 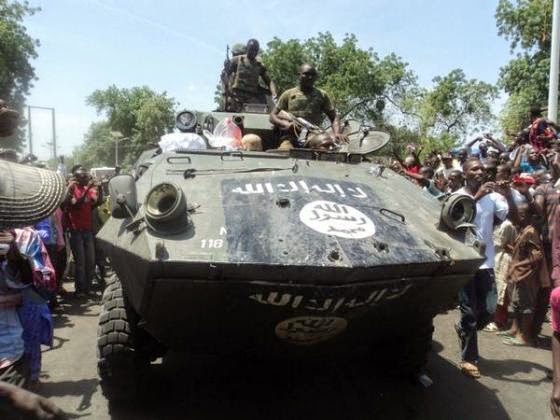 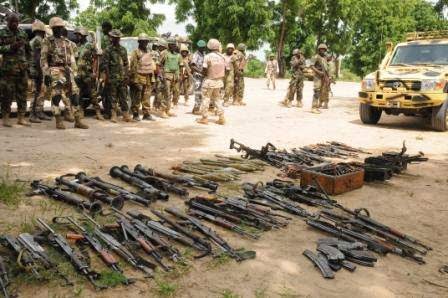