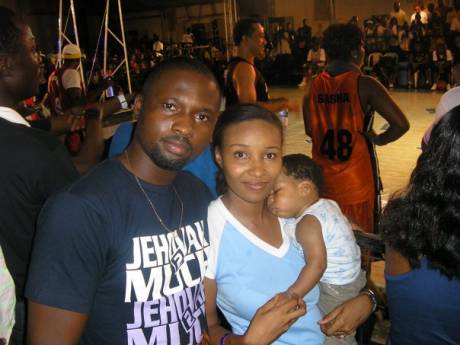 It’s apparent that Doris Simeon and Daniel Ademinokan were one of the most admired Nollywood celebrity couple and their fans hoped their marriage would stand the test of time. That’s the reason why she still gets asked about her marriage during any of her interviews.

In a recent interview on TV, Doris was asked about her failed marriage to Daniel Adenimokan yet again and you will be surprised by her revelation:“This man asked for divorce over seven times, long before we finally separated. At every little problem, he would say ‘I want divorce, I want divorce.’ There are some people that he listens to when they talk to him, so I tried to call pastors, and they kept calling him, but he wouldn’t pick their calls. At some point, I just realized that he had made up his mind finally. It got to a point that I had to look at myself in the mirror, and I said to myself, ‘Doris, you are a beautiful woman, why would you want to kill yourself over nothing?’ I convinced myself to just try and move on with my life also. It took me a year to get to that point, but in between that time, I was trying to focus my mind on other things such as work.”