The Nigerian House of Representatives, led by Speaker Aminu Tambuwal has condemned the ruling Peoples Democratic Party, PDP, and its supporters for organising campaigns ahead of the 2015 general elections in violation of the Electoral Act.

According to Section 99 (1-3) of the Electoral Act states: “For the purpose of this Act, the period of campaigning in public by every political party shall commence 90 days before polling day and end 24 hours prior to that day. 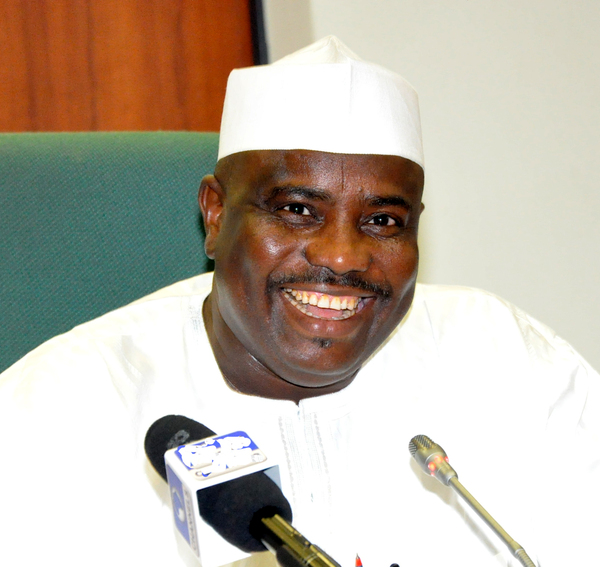 “A registered political party which through any person acting on its behalf during the 24 hours before polling day procures for publication or acquiesces in the publication of an advertisement in a newspaper for the purpose of promoting or opposing a particular candidate, commits an offence under this Act and upon conviction is liable to a maximum fine of N500,000.”


During his welcome remarks on the House of Reps resumption from a long recess, Tambuwal said in spite of the clear guidelines in the Electoral Act, the PDP is acting at variance with its responsibilities.

“The election year 2015 is still unborn, as far as the prescriptions of the Electoral Act and INEC Regulations and Guidelines are concerned, but for some, desperation has already taken over.

“As we conduct ourselves with due regard to the serious security challenge of insurgency and terrorism with bloodletting on the rise and the general volatile political atmosphere, the people should be our prime focus because without the people there will be no country and therefore nothing to represent or to gover,” Tambuwal stated.

In the same vein, the opposition party in the House of Reps, the All Progressives Congress, APC, has threatened to sue President Goodluck Jonathan and any other persons sponsoring various campaign groups, including Transformation Ambassador of Nigeria (TAN) and some electronic media houses, for violating the provisions of the Electoral Act.

Speaking with the Nation on the matter, the Minority Leader of the House of Reps, Femi Gbajabiamila said: “It’s a big problem. The electoral law is very clear; you cannot begin to campaign until 90 days before a general election. And continuously the president and the PDP,

“They’ve been doing these things for not today, not yesterday, not last week; it’s been going on for months now. It’s the impunity that we’ve always been talking about that people don’t listen. Now it has come home to roost.”

It would be recalled that TAN at the weekend held a political rally in Niger State where a lot of people were reported to have been injured after the podium erected for the event collapsed.