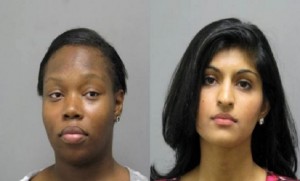 A teacher was arrested on charges of assault after allegedly biting a 1-year-old boy as punishment, police in Virginia said.

Prince William County Police said that 24-year-old Theresa Brown, a preschool teacher, has been arrested on charges of assault and battery after punishing the child for biting a caregiver on Monday.

Brown is accused of biting the child at the Goddard School in Woodbridge. The assault left a visible mark on the child’s shoulder.

In April, a teacher was arrested for biting a 5-year-old child as a punishment. The Ohio day care teacher has been charged with assault for allegedly biting the child to teach him not to bite others.

56-year-old Robin Mullins of Cincinnati, was arrested Thursday. Police said that a visible bite mark was left on the arm of the child. The bite mark was clearly done by an adult. After an investigation, police learned that it was the teacher who bit the child.

Mullins works at the Andrew’s Friends Preschool & Daycare. Mullins was arrested and was released after posting her bail.